Last year, when a report from the Electronic Intifada (EI) indicated that New York Times Middle East bureau chief Ethan Bronner hadn’t been forthcoming about his son’s participation in the Israeli Defense Forces, I wrote that I felt it was a strong conflict of interest for a foreign embedded journalist to have a child participating in that foreign country’s military (note: it is perfectly legal for a US citizen to serve in a foreign military under most circumstances). The Columbia Journalism Review and the Times‘ public editor weighed in on the issue, with the latter calling the situation “too close to home” and suggesting Bronner be reassigned.

Now, Bronner’s ethics have come into question again following an article in which Bronner highlighted an Israeli-Palestinian online initiative called “YaLa Young Leaders.” The Electronic Intifada once again unearthed the issue, and has done an excellent job of bringing to light the issues.

For many, this would appear to be a matter of political dispute, and for Palestinian activists it no doubt is. Nevertheless, with the facts laid bare, it becomes abundantly clear that Bronner’s reporting on the online initiative is at best less than stellar, and at worst downright fabricated in parts.

The major issues for me are as follows: 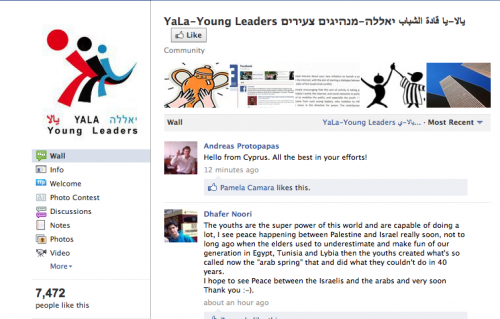 In effect, and as EI points out, the article comes across as a press release for a minor (by any estimation) Facebook page.