I remember a time when the world felt big.  Where, as an angsty nineteen year old, I told a friend over cigarettes and copious amounts of coffee that the better alternative to suicide was to run away, lose yourself in a part of the world that you’d never even imagined.  I remembered that conversation three years later as I sat in a café on Varick Street, awaiting an appointment I’d prepared for judiciously. I interviewed for the Peace Corps and was told I could go to Central Asia.  In the end I declined on account of the demand that I remove my wisdom teeth.  In the end, I’m glad I did what I did.

I spent my late teens and early twenties absorbed in a deep depression.  I know I’m not unique in that.  During a particularly low period, both for my psyche and my weight, I remember sitting, curled up and dressed in black, on the couch of a college counselor, looking out the window at the rapidly turning October leaves and thinking I could run away to Prague. 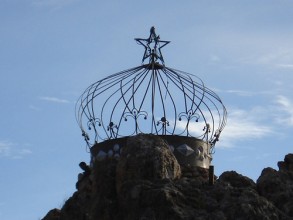 Strangely, when I finally got there five years later, it just wasn’t the same.  Perhaps the world had changed.  I had definitely changed.  I’d been in Morocco for nearly five months at that point.  I’d figured out the basics of cooking for myself, had navigated the medina to buy a bed and a living room table, and had traveled to Marrakesh and back by myself, twice.  By the time I got to Prague, I was more excited by how western it felt than by its own place in the world.  Mind you, I didn’t miss out entirely.  Thanks to a nasty ATM in Plzen, I had only 200 euros for the whole week, so I checked into the cheapest of hostels and explored the city by tram (the only way to do it in the freezing January cold).  I traced my steps through the first few pages of The Book of Laughter and Forgetting, drank beer for breakfast near I.P. Pavlova and memorized the voice on the metro: Ukončete prosím výstup a nástup, dveře se zavírají. 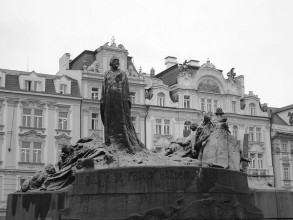 My eyes were still wide the next year when I spent Christmas in The Netherlands.  I blushed and laughed discovering my cab driver at the airport was Moroccan.  He wanted to speak English, but I tried to speak darija to him, only to discover that our vocabulary was a generation off.  Two years later I made it to Budapest, where the building of Parliament seemed somehow smaller than I’d imagined and capitalism had made its way just enough to disappoint me.

Perhaps my eyes should have been wider this past March as I landed in Damascus.  Preparing for the trip, it felt like perhaps the last frontier…not because of its foreign-ness, which I hardly felt, rather, because of Syria’s tenuous relationship to the United States.  Even applying for my visa felt like I was doing something wrong (the FedEx employee who helped me mail it raised his eyebrows, breaking character long enough to let me know he disapproved).  Traveling to Japan and Malaysia a few months later, I was hardly fazed.

Lest you think of me as jaded by the opportunities presented me (at least lately), rest assured I am not.  In fact, that might just be my greatest fear.  Some of my friends are travelers to envy, having seen half the world’s nations at least.  I, my friends, am not.  According to my passport, I’ve seen 18 countries out of 195.  While that might seem like a lot (even to me), placing them on a map reveals that I’ve seen hardly anything.

But let me not stray further from the point…I began writing this post because I remember the precise moment that I snapped out of at least one period of depression.  I’d spent the fall of 2001 in a fit of desperation over a breakup of a romance that I hardly remember now.  Like many young women, I was starving – for food, for attention, for excitement.  And I was hit by the latter shortly after the start of my fall semester.  I’d attended a study abroad fair in the university’s gym, wandering from table to table with little aim or intent, when I stumbled upon a table advertising a spring semester program culminating in a trip to Senegal. 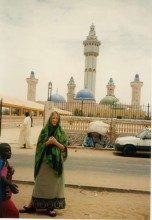 Looking back, I’m not even sure I knew what continent it was on.  I’d been to Canada (for which, at the time, you didn’t even need a passport) and to England for ten days.  And yet, talking to the doctoral student leading the trip – Ms. Barrel Gueye – I suddenly felt a sense of excitement, perhaps even purpose.  I signed up for an interview (which I barely remember), and the next thing I knew, I was getting a call inviting me into the course and the trip.  I remember telling my parents, who were excited – and a little peeved, knowing they couldn’t afford it – and my friends (who thought I was crazy), but I barely recall the semester leading up to the trip itself.  When we finally flew into Dakar, I remember so clearly looking out the airplane window onto the city below and its bright lights.  I remember the sun setting as we drove from the airport to Université Cheikh Anta Diop, and I remember that first night as sleep came, relieving us of our sheer exhaustion. 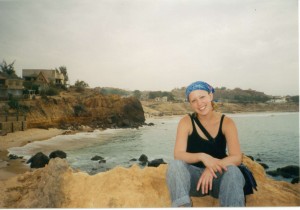 The rest is fuzzy – I have photographs and vague memories, friends I’ve kept and friends whose names I’ve forgotten, but the biggest piece is how I changed.  At twenty-seven, looking back with clarity, I see that as the moment my life changed, the moment my world opened up.

But with a tinge of sadness and a certain amount of nostalgia, I look now toward a December trip to Beirut with the sense that the world will never seem that big again.  Perhaps that’s not such a bad thing?

Travel is good for the soul Jillian! Great to read this post. I always count my travel experience as one of the most positive things about my life existence. I was in the Peace Corps in Zaire (Democratic Republic of the Congo). Keep on moving!

No, you weren’t unique in spending early twenties in the bowels of life. My favorite line is “Like many young women, I was starving – for food, for attention, for excitement.” After knowing that’s true, feels kinda good to end with a question, doesn’t it? I think Beirut is going to be great. I can’t wait to hear what you’re going to do there.

what wonderful experiences :) and Beirut is on my list as well.

Dear Jillian
I love this post for various reasons.
It reminded me of my own voyage. My first flight alone out of Damascus took to me Lyon, France where I spent the summer at my uncle’s. It was the early seventies, I was 12. The world was never the same thereafter.
This traveler’s tale, your own path to self and world discovery was fantastically written.
A joy to read.

I’m a bit envious of you Jill. I’ll day dream of driving cross country on a whim. I’d love to experience what you have.

one afternoon in hyde park I scribbled on a napkin my own philosophy of travel: http://tinyurl.com/muogb8

‘Traveling must be a balance between investigating not only what has been but also what is to come. For example, what if we traveled to Prague in the late 1980’s and not only saw the medieval castle overlooking the Vlata River, but also learned about the brewing discontent and the revolution that Vaclav Havel was soon to lead. The castles and the coffee houses, there must be a balance.’

Ha, I didn’t think so. And good point – now that I’ve become accustomed to traveling so much, my eyes are open to different aspects of it that I would have previously missed.

Thank you Sarah! Soooo much of the world is on my list. Rather than plan for it, I just travel spontaneously and wait for things to happen :)

Thank you, James. I do too – Have you written about your Peace Corps experience anywhere that I can find?

I sometimes regret not doing Peace Corps, but I also think that I would dislike the certain structural boundaries that go along with it.

Thank you Mykal! Hey, one of my most spontaneous trips EVER was with you, remember? You’ll get there, don’t worry, you’ve got time.

Thank you dear abufares! My very first trip abroad was around that age too; I went to the UK at 14 with my school band and although we were only there for ten short days, my world opened up. I hadn’t realized that anything else existed, but once I did, there was no going back.

Thank you Josh. I love that idea; I imagine there might be a lot of sadness or joy five, ten or twenty years down the road when we are able to look back at the places we saw the way they used to be. I know Ethan Zuckerman has written extensively on that.

I also sometimes get this feeling of nostalgia for things I never had the chance to experience, the childhoods I never got to have. Have you ever experienced that?

absolutely, but now the web can satiate my time-bound nostalgia, at least for NYC.

The manahatta project, digitally simulates what any street corner in manhattan looked like in 1603, the year henry hudson sailed up the river:
http://themannahattaproject.org

Really beautiful post, Jillian. You were certainly not alone in your angst or your need for food, attention, and excitement! Honestly, I’m a little envious. After traveling in my 20’s, I seem to have hunkered down in my 30’s. May your adventures continue…and may mine be rekindled.

Have a wonderful time in Beirut, Jill.

I recognize the sense of the world not being as big as it once was…but the way to keep being inspired by new places seems to be to look more deeply into them, which I think you do. Keep on!!

Great post. I enjoyed it, especially how you say:
“The biggest piece is how I changed. At twenty-seven, looking back with clarity, I see that as the moment my life changed, the moment my world opened up.”
This is why we with http://www.extendedworldtravel.com want to encourage more people to really follow their dream and go for it. And you are an inspiration in that sense. Thank you!