Although rates of gun ownership, like rates of violent crime, are falling, the power of the gun lobby is not. Since 1980, forty-four states have passed some form of law that allows gun owners to carry concealed weapons outside their homes for personal protection. (Five additional states had these laws before 1980. Illinois is the sole holdout.) A federal ban on the possession, transfer, or manufacture of semiautomatic assault weapons, passed in 1994, was allowed to expire in 2004. In 2005, Florida passed the Stand Your Ground law, an extension of the so-called castle doctrine, exonerating from prosecution citizens who use deadly force when confronted by an assailant, even if they could have retreated safely; Stand Your Ground laws expand that protection outside the home to any place that an individual “has a right to be.” Twenty-four states have passed similar laws.

…In every single institution in this country there is a mini-Mubarak who needs to be overthrown. In every institution there are figures from the old state security regime who need to be overthrown. These guys are the counter-revolution. Maybe the counter-revolution isn’t clearly organised with a specific command structure, but you have to assume that everyone who belonged to the old regime and enjoyed privileges under it is going to try to defend those privileges, and much of the malaise you see around you in Egypt today is down to that.

Maybe we can assert that the woman should have the ultimate legal right to choose, but at the same time admit that right is very complicated and charged and morally fraught, that choosing something against the will of the man involved is an act of some degree of unfairness; It may be a necessary act but not an entirely unambiguous one. 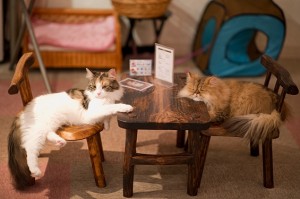