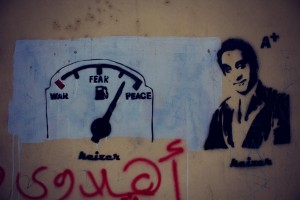 I just got around to watching this in the course of a book chapter I’m writing on participatory media in the Middle East, but it’s absolutely still worth a watch. Choice quote:

“We did all of this for the sake of a different media, a media that respected people’s minds and intelligence and at the same time keeping [sic] them informed and helping them to combat lies and misinformation that plagued many of the media outlets. As we did that, we never claimed to be freedom fighters or political activists. We believed that it was enough to be the normal everyday people who did not buy into the everyday life of propaganda that is full of lies and deceit.”